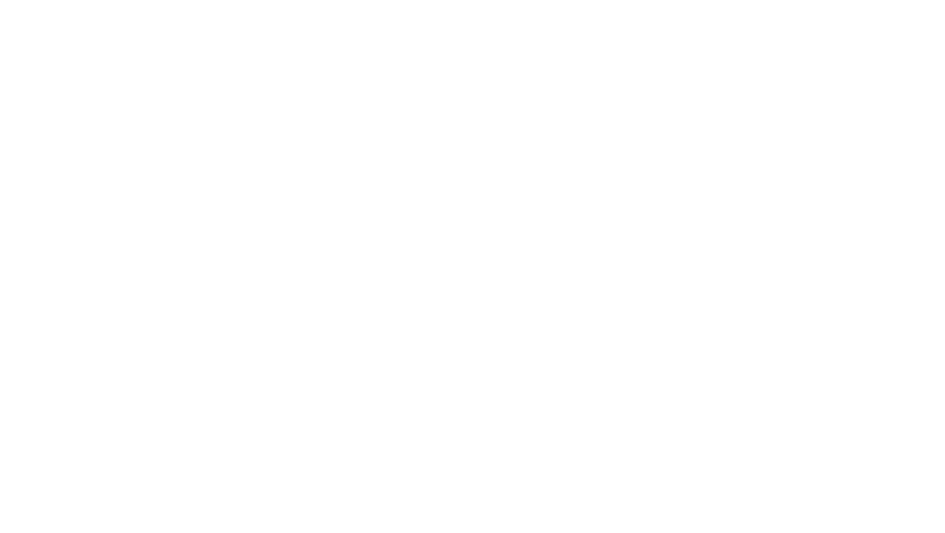 This month our friend and colleague John Scott have reached a very significant milestone of 30 years with the company. John works in the Pump, Vacuum & Systems Division of ESI.

“To have an employee who has contributed so much over 3 decades is very special indeed.  John’s commitment, professionalism and dedication to ESI has contributed significantly to what ESI is today” – Declan Field, Managing Director

Unfortunately due to current restrictions, we could not give John the celebration he deserved but we did manage to mark this special occasion with an outdoor presentation. 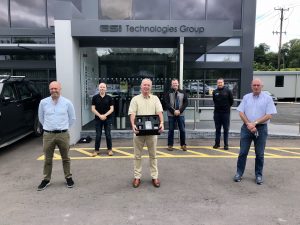 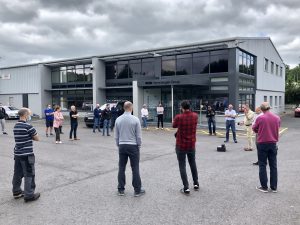 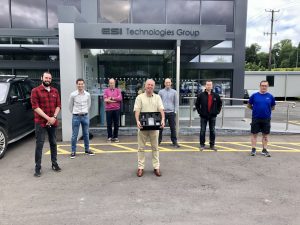 ESI: John, where did it all start?

John: Before I started with the company, I was a piping designer.  I was working a few extra hours in my own time for Chempump Engineering, designing systems.  That led to me moving to a full-time position with them.  Chempump Engineering was a sister company to Southern Engineering, which later became the ESI Technologies Group you know today.

ESI: Where was that based?

John: When I started we were based in Crawford Commercial Park, Bishops Street in Cork City.  There were only about a half dozen of us at the time, a big difference from the 80 plus currently in ESI!

ESI:  What is the secret to your longevity?

John:  There is no secret, ESI are a great company to work for and has great people, it makes it easy!  I have also developed within the company.  I enjoyed every minute.

ESI: What are your hopes for the future?

John: I hope they keep me on!! (laughs).  I look forward to seeing the company develop further and hope to have a few join me in the 30-year club! There are a few not too far behind me.

ESI would like to thank John for his 30 years of service.  He is a role model and we wish him many more years ahead!