For extremely thick fluids or solid particles, a speciality valve often known as a knife gate valve is used to cut through the liquid/solids. This special shut-off technique makes it suitable for both fluids and dry media such as pulp, sludge, biomass, powder and different kinds of waste. 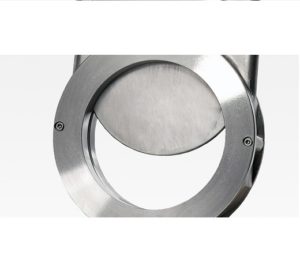 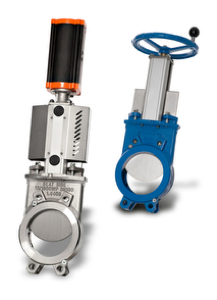 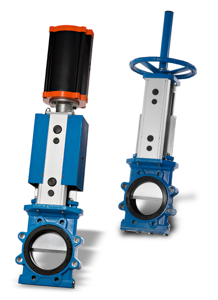 The braid is built up of strands of graphite-filled Teflon with silicone lubricant. The braid is precisely plaited together with Teflon-impregnated Kevlar fibre strands which are positioned at the corners of the braid as reinforcement.

The rubber core is made of silicone. The design, with the rubber core, gives the packing a more flexible, elastic profile and function. The diameter of the core has been established through extensive laboratory tests and confirmed in countless installations. The disadvantage of a bigger rubber core, as used in some other manufacturers’ valves, is that the core separates from the braid when the packing is compressed and exposed to valve cycling 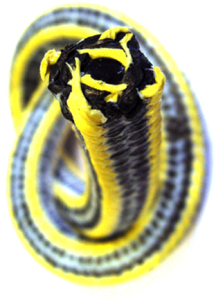 Stafsjö developed this braid system together with a packing producer in combination with many running tests in their lab for verification of the performance of the sealing function.

Reliability: in cycle-testing the packing lasted 4 times longer than competitors’ products before a leak was detected. The design on the packing as well as the control on the surface finish of the gate ensure tight long-lasting sealing.