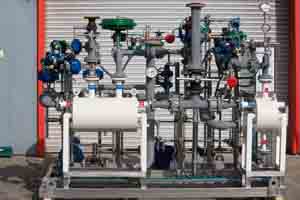 ESI supplied 3 of these units to a large Pharmaceutical plant in Ireland, one of which had full on-board pneumatic control and change over, the other two were controlled by the BMS through a skid mounted junction box. 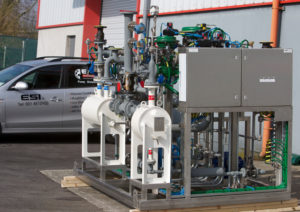 The design of the skids was a development of a smaller unit supplied on the same project. All 3 units were used for direct cooling (sub 4 deg. C), indirect cooling (to ambient temperatures), and indirect heating (to 120 deg. C). 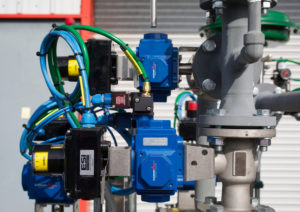 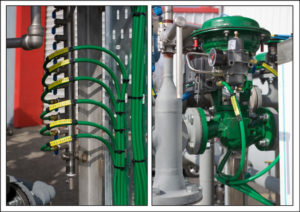 To avoid the heating heat exchangers stalling after prolonged periods of the skid being in cooling mode, ESI fitted compressed air-driven condensate pumps to ensure that the condensate side of the exchanger was fully drained at all times independent of the steam being live onto the skid.

Simplification and ease of access for maintenance were key requirements in the design process.